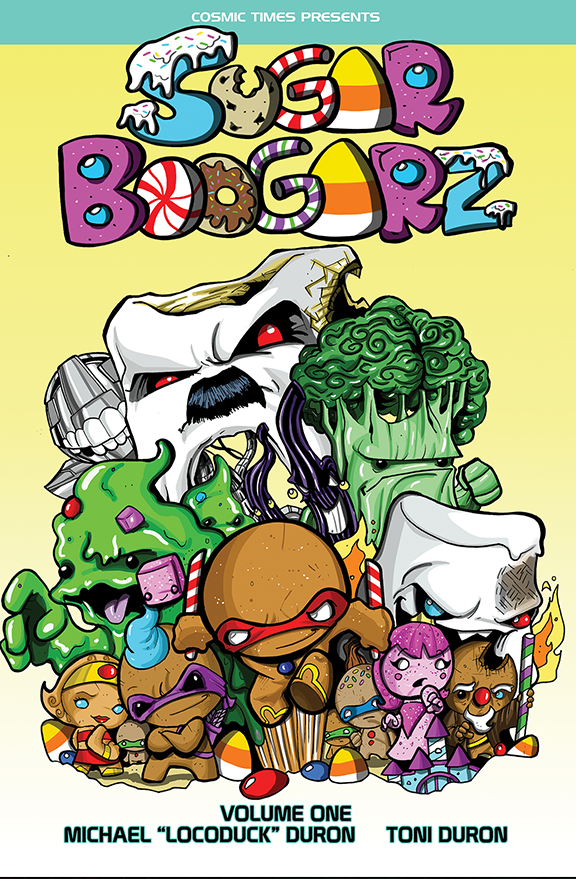 Sugar Boogarz follows Graham and his band of Gingy Ninjys as they struggle to bring freedom to the Candy Kingdom. However the treacherous Adolfo Rootless and his diabolical broccoli compatriots have other plans. It’s a race to the Candy Castle, but what hope do the Gingy Ninjys have as a traitor has been discovered amongst their ranks. This first volume collects the first three issues of this all ages series by industry favorite Michael “LocoDuck” Duron.