NOW AVAILABLE FROM THE COSMIC SHOP ...

DECISIONS: THE FACES OF THE STRANGER

AN AMAZING TIME WAS HAD AT KINGDOM OF COMICS ... 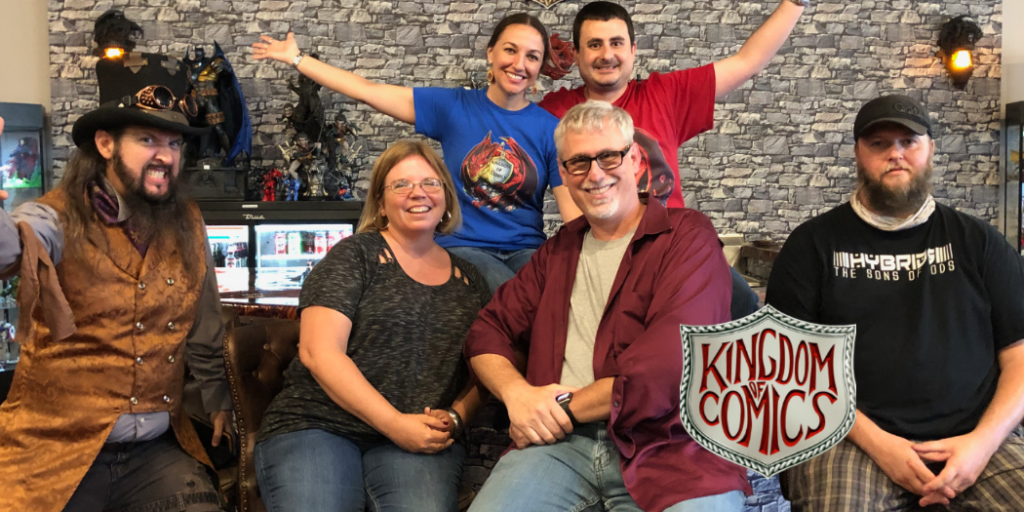 The signing at Kingdom of Comics was our first event in months! Cosmic Times writer/publisher Martin Pierro was there in Melbourne, Florida along with other Florida creators Matt Knowles (Insymmetry Creations) and Luke Stone (Star Cross Comics). It was a well attended event in an incredible comic shop where everyone was celebrating the incredible world of comics!

Join Cosmic Times in welcoming Fredson Oliveira to Team Cosmic Times as an artist on the upcoming project – Decisions: A Minor Variation.
Fredson Oliveira is a Brazilian comic book artist.  He has produced works for Argo Comics, Obsolete studios LLC, and Brainstorm Multimedia. Fredson works with traditional art and digital art, currently influenced by the works of Frank Cho and Ivan Reis. 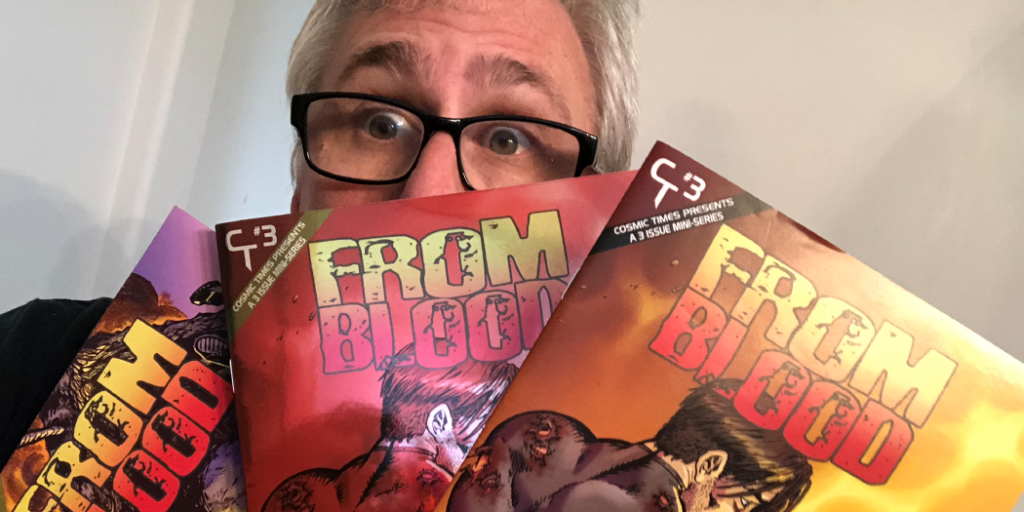 Fulfillment has begun for the From Blood: Chapter Three Kickstarter! The books arrived from the printer and we quickly sorted them and packaged them up for shipping. All reward tiers that do not require original art or are heading overseas have been shipped and will be arriving in a few days.

Cosmic Times publisher Martin Pierro is back for a second helping of the Beards and Comics podcast hosted by Arron Dowen and Matt Sotello. This is part two of the show featuring Martin along with Tyler James (Comix Tribe) and Travis Gibb (Orange Cone Productions). The discussion about Kickstarters and comics continues. Both parts of the podcast are currently available to listen to. 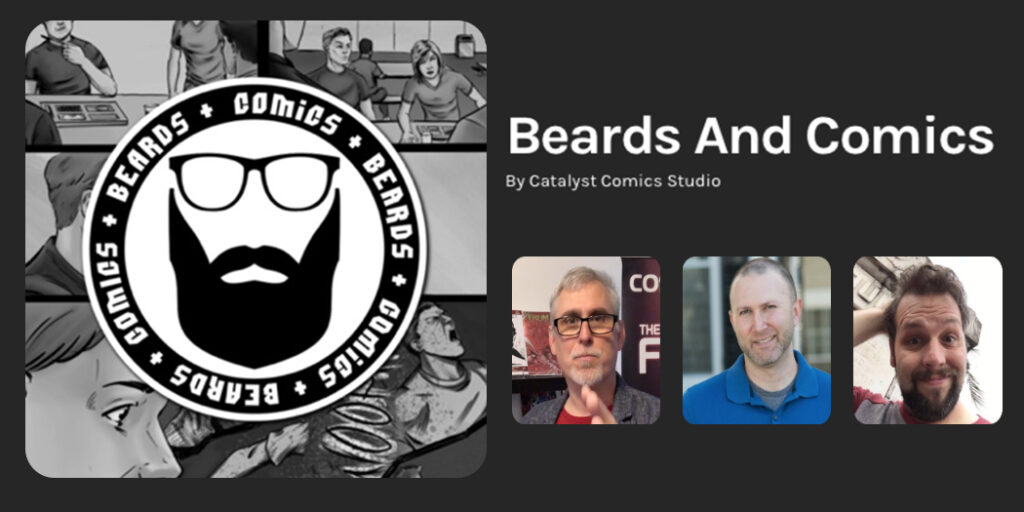 FROM BLOOD FULLY FUNDED THROUGH KICKSTARTER ...

The From Blood: The Complete Series Kickstarter is fully funded … actually 137% funded. Thank you to everyone who backed this project and also to everyone who supported this campaign, by sharing it through social media. From a failed graphic novel campaign last year to THREE successfully funded kickstarters … back to back to back … it would not have been possible without your amazing support.

Join Cosmic Times in welcoming Idris Shamsudeen to Team Cosmic Times as the colorist on a project we will be announcing soon.
Idris Shamsudeen is a freelance digital colorist with five years of experience in the business. He’s worked on various titles for publishers such as Wildfire Comics, Chromosome 21, Bad Opera comics and most recently Cosmic Times. Outside comic book book work, he loves to play video games and take nice quiet walks.

Cosmic Times publisher Martin Pierro was invited to appear on the Beards and Comics podcast hosted by Arron Dowen and Matt Sotello. Martin was a guest along with Tyler James (Comix Tribe) and Travis Gibb (Orange Cone Productions). The topic of discussion was Kickstarters along with a little inside info about comics in general. Part One of the podcast is currently available to listen to.

DECISIONS: FACES OF A STRANGER